I can’t believe it’s been almost three weeks since I ran the Brighton Vitality half marathon. It seems like a distant memory, and I admit to being a bit lazy since then. The week immediately following the run, I completed no exercise whatsoever and forced myself to relax, which rarely happens; I’m not one for relaxing. I didn’t attend my weekly 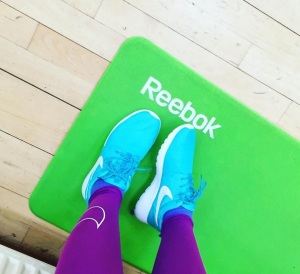 Insanity fitness class, complete my Zumba DVD or go for a run. My body felt tired and achey so for the first time in a very long time, I allowed myself some time off. I know that down-time is good for you, but by the end of the week I felt lazy, bloated and lethargic, and was gagging to pull on my trainers. I’m now back to resuming my usual fitness regime, although have no running events to train for at the moment.

My event calendar for 2016 is looking rather scarce. At the beginning of the year I stated that it was my aim to stop completing 5K and 10K events, rank up the ambition and focus on half marathons, which would mean less events but further distances. However so far I’ve only got a fun colour obstacle run in Brighton, my yearly local Race for Life (strict tradition, that one!), and the local Sport Relief Mile this weekend. So, a slightly pathetic and unmotivating race calendar! I’ll be spending this weekend researching half marathons and booking some events.

I may go back on my word and enter the London 10,000; my first proper London running event three years ago which holds some great memories! The London 10,000 has always been a Bupa event until Vitality UK announced last month that they’re now taking over as Bupa step down. I admit to feeling slightly despondent about this, while remaining hopeful that Vitality will keep up the very high standards set by Bupa who maintained, in my view, a perfect running event. I’m tempted to sign up just to see what it’s like; if it’s changed in any way. Vitality run the worst 10K event I’ve ever been to (the British London 10K) but also held the Brighton half marathon, which was surprisingly enjoyable. I’m certainly interested to see how the London 10,000 pans out in May.

In other news, I found the most incredible running leggings in Sports Direct the other day. I wasn’t particularly looking for anything, just browsing the sale stock, and stumble

d across Finding Nemo style leggings complete with an ocean scene and lots of fish! They were the only pair and were in my size, which I took as a sign, so snapped them up!

They’re by USA Pro who do some really pretty and comfortable gym gear. These leggings are also by USA Pro and are the comfiest of them all! 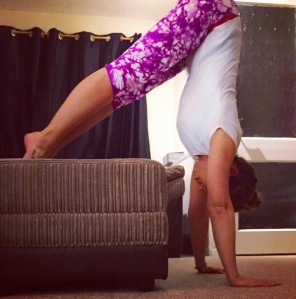 My other half is an impressive cook and loves experimenting. He lifts weights up to

We’re always on the lookout for healthy and veggie recipes to try, so if you know of any, please let me know!

Until next time… 🙂 x